Well this happened. Funimation's new line-up has appeared much earlier than usual (and this post is actually rather late, sorry about that (been busy with Steins;Gate visual novel)). But it's a pretty big month because we finally have some of the delayed titles!

Here's the list of anime that Funimation have scheduled for the month of February 2016.


Also worth pointing out that both Free! Eternal Summer and Tokyo Ghoul's Collector's Edition were originally slated for September 2015 but due to various reasons (which I'll cover below) they got pushed back to this release slate. 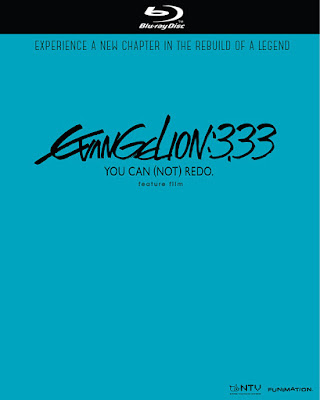 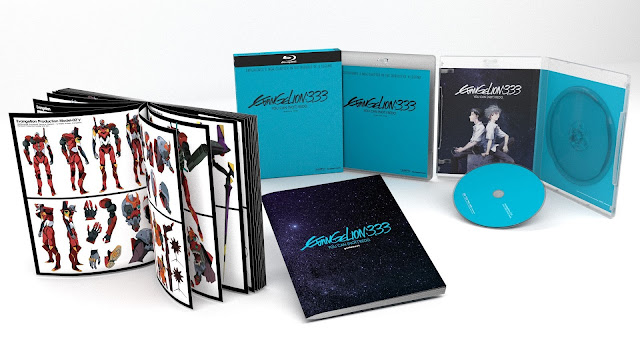 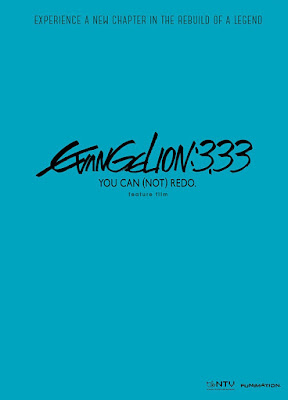 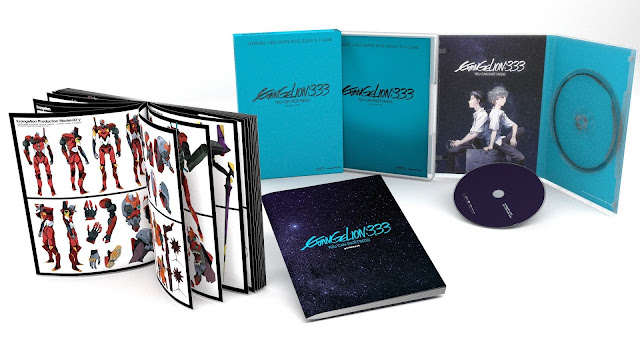 Special Features: Rebuild of Evangelion: 3.33, EVA-EXTRA 08, Japanese Teasers and Trailers, TV Spots, U.S. Trailer, Trailers
Notes: While it's been a while since its reveal, the first print or so should have a booklet included (like Evangelion 2.22 did).

I can't believe this film was delayed by nearly 2 years exact (the original date was February 16th 2014) all because of the English dub. It took its time and I hope this doesn't get delayed again because it's getting ridiculous at this point. I saw the film fan-subbed back when I was doing that and because it was my most anticipated film (the other was Berserk Golden Age: The Advent). Two years later I can finally own the film on Blu-ray. Unlike the first two films which I picked up the UK version I'll be getting the Funimation version as I've gotten fed up of Manga UK at this point (despite some recent changes but the damage has been done). 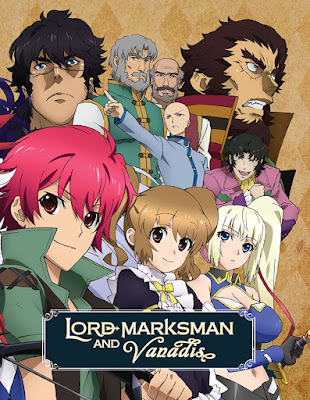 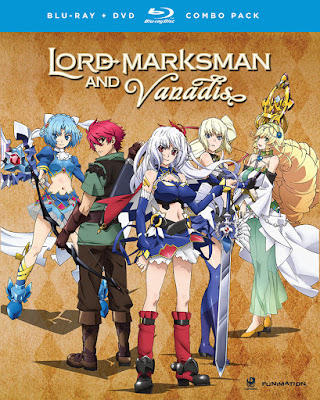 I haven't heard much about this show but I certainly do like the art they used for both the standard and limited edition covers. The series is coming to the UK by Anime Ltd around the exact same time so I somewhat knew Funimation would announce this title for the slate. Even though it's Kadokawa I'm surprised it's multi-region, my guess is Media Factory. 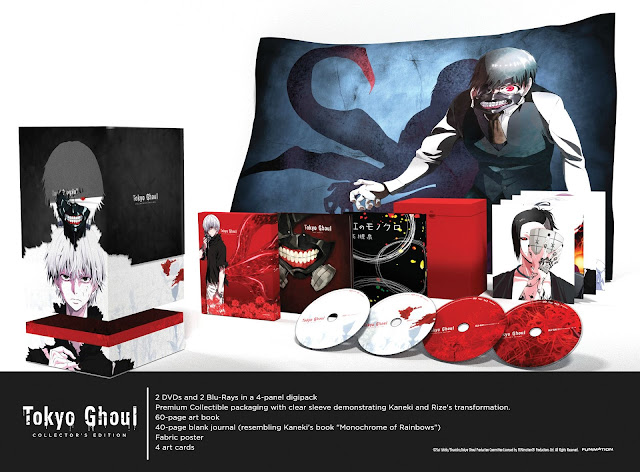 This got delayed due to 'packaging issues'. I honestly don't know what's actually the cause but it's now set for February 9th. The series itself is pretty good but only if you haven't read the manga (aka the original source material) as a lot of material was rushed or cut out due to the studio's incompetence. Nevertheless if you're a huge fan and wanted to own the set in a cool way this collector's edition set is for you. It's not my type though due to the size and contents. 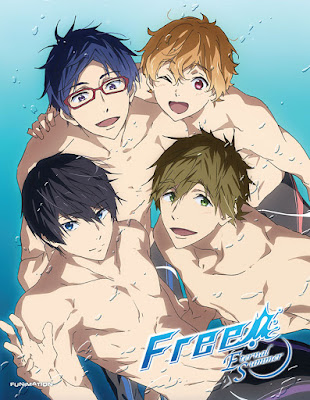 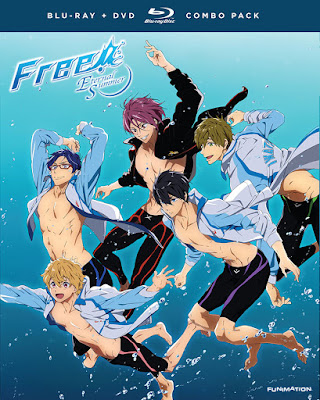 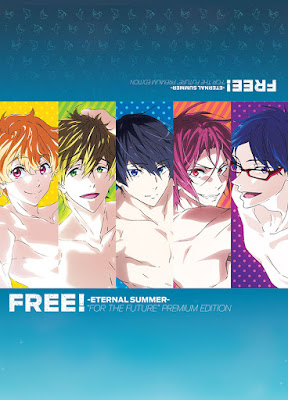 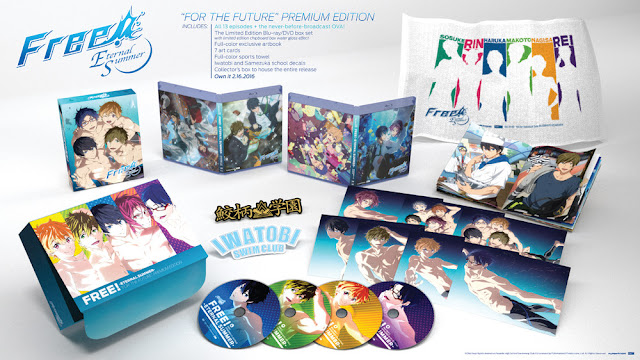 The series that got Crunchyroll and Funimation in a massive fit against each other. Free! Season 2 was originally set for September 2015 (like Tokyo Ghoul's Collector's Edition) but unlike the former this release was delayed to include the OVA as part of the package, rather than release it separately as originally planned (I guess fan-feedback and licensors changed that). Unlike the first season, which Discotek was given, this season has an English dub and judging by the dialogue revealed (there's literally a Twitter page dedicated to it) it doesn't sound very faithful to the original. Nevertheless the box does look *insert swimming joke here*. 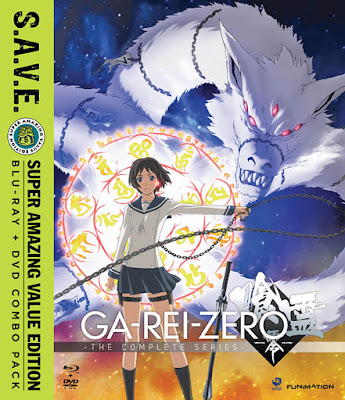 In preparation for the arrival of Tokyo ESP, Funimation decided to re-release Ga-Rei: Zero into the Super Amazing Value Edition. It's a shame because it's a pretty good show (it's a prequel to the Ga-Rei manga) but the original stock was still around so it's no surprise. I'm surprised this is getting a Blu-ray as a lot of the 1-cour shows going into S.A.V.E. have been getting DVD only releases lately. 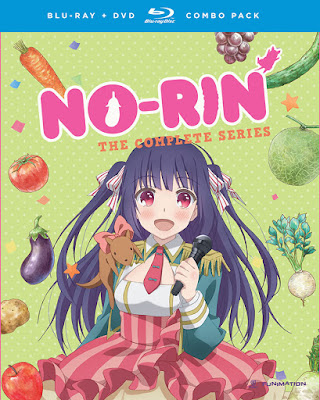 I'm surprised this has been given the English dub treatment. I've heard nothing about the title since the home release rights were announced so I assumed otherwise. In the end it's got a dub and I'm fine with that. Like Daimidaler, the series is just getting a standard release (and it's also Showgate so it's region locked!). 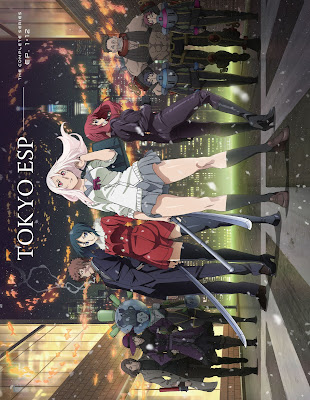 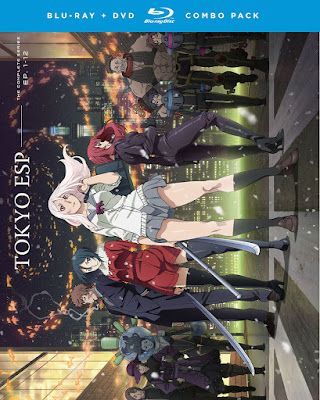 As implied on Ga-Rei: Zero above, this is from the creator of Ga-Rei. Unfortunately from what I've heard the show's adaptation didn't turn out well as expected but hey the cover art looks great. Like Lord Marksman and Vanadis, Anime Ltd have also acquired this title for February so I knew Funimation had something up their sleeve. It's another Kadokawa title but I assume it's Media Factory based on the regions (in case you're wondering Kadokawa Pictures pretty much don't allow multi-region rights to Funimation on their releases, only A and 1 and if necessary they could even delay the Blu-ray version if they wanted to).

And that's it for the month of February. It's a fairly solid line-up. With Evangelion: 3.33, Free! ES and Tokyo Ghoul's CE out of the way, that's nearly all of the shows that were delayed or took a while. Over the years I recall everyone asking about the likes of Dragon Ball Z: Battle of Gods, Hellsing Ultimate IX & X and even One Piece. Now all we have left are the rescue licenses and Dragon Ball Z Kai: The Final Chapters and Dragon Ball Super, the latter two of which are unlicensed.

What to expect in March? Well Anime Ltd have also acquired Brother's Conflict (another Funimation license and also a Showgate title) which is currently set for March on Blu-ray and DVD. English dub was already confirmed for the series by Funimation a while back so don't worry about that. Meanwhile Kaze UK have scheduled OVA 1 and 2 of Code Geass: Akito the Exiled for March/April so it shouldn't be too long for that to see a release in North America.
at November 16, 2015